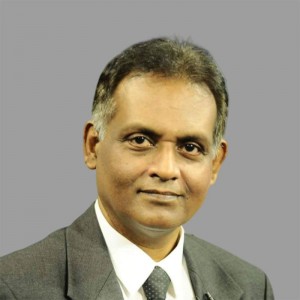 Prof Sendanayake was previously the Director of Academic Programs and Professor of Mechanical Engineering at the Sri Lanka Technological Campus (SLTC), a fully-owned subsidiary of Sri Lanka Telecom PLC. He was instrumental in introducing and establishing various degrees and departments, giving direction and leadership to over 30 study programs.

He brings more than 27 years of experience in engineering, teaching and research of which over 10 years as a senior academic administrator. He established the first non-state sector faculty of engineering at South Asian Institute of Technology and Medicine (SAITM) and served as its Dean of the faculty of Engineering. He was also a Member of both the University Senate and Council, and had taken several subject modules in Mechanical, Manufacturing and Materials engineering disciplines.

During his long tenure at SAITM, Prof Sendanayake initiated several partnerships with various prestigious universities such as Asian Institute of Technology in Thailand, RMIT University Australia, RMIT Vietnam International Campus, and Sheffield Hallam University in UK. He also contributed to its curriculum development approved by the Ministry of Higher Education. Prior to this, he was a visiting lecturer at the Department of Mechanical Engineering at University of Moratuwa.