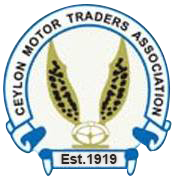 The Ceylon Motor Traders Association (CMTA), the only trade association in Sri Lanka that represents automotive manufacturers through their local importers, urged the Government to provide a clear direction on the period of the vehicle import suspension and emphasized the need to regulate automotive imports to legitimate importers that have been vetted by the Government.

Yasendra Amerasinghe, Chairman of the CMTA stated, “First and foremost, we appreciate the Government’s leadership and initiatives taken to control the spread of COVID-19 in Sri Lanka. Our situation is far better than most countries around the world thanks to the Government’s actions. However, the vehicle import ban has adversely impacted thousands of Sri Lankans and it is the responsibility of the Government to communicate clearly to us as to when it will be lifted so that businesses and citizens can plan ahead. In addition to the lifting of the ban, the other key issue is for the Government to introduce proper regulations to take the industry to the next level.” He added that the CMTA plays a significant role in the transportation sector by acting as the bridge between Sri Lanka and automotive manufacturers worldwide. In 2019, the CMTA commenced development of a policy recommendations document detailing a Future Mobility Plan for Sri Lanka. The CMTA is working with international applied research agencies and international partners to create this proposal, which the association will present to the Government upon its completion.”

The CMTA consists of all the franchise holders of global automotive brands that import and market cars, commercial vehicles, 2-wheelers and 3-wheelers, as well as tyres and lubricants, with substantial investments into island-wide infrastructure to providing direct & indirect employment to over 20,000 individuals across the island. The association reiterates that the complete suspension of all vehicle imports has caused great hardship to the entire industry. It requests the Government to provide a firm timeline on when it plans to recommence imports and if the expected date is several months into the future, requests the Government to provide support to the industry so that it can sustain its employees and overheads as importers will soon have no stocks and no vehicle sales income. “We would very much like to have a constructive dialogue with the relevant Government authorities to try to work out a mutually viable way forward” Mr. Amerasinghe added.

While the CMTA understands the challenges faced to the country’s economy and foreign reserves, and its members have accepted their share of the burden and are trying their best to minimize salary reductions and/or job cuts so far, the member companies and their dealers will have no option but to take drastic actions to survive as there is no clear direction to plan otherwise. The association stated that soon after the vehicle import suspension, the organisation submitted letters to the relevant authorities requesting for clear communication as to when the import restrictions are expected to be lifted in order to make plans to ensure the continuity of the industry. Unfortunately, there has been no proper response to these requests leaving the industry uncertain of its future.

The CMTA strongly believes that the Government also needs to take steps to regulate automotive imports. It suggests that the Government implement a scheme to screen and register vehicle importers to control the quality and quantity of imports of motor vehicles. This is a practice that is employed by almost all countries around the world and will provide assurance to consumers as they are buying a vehicle from a credible corporate entity and not unscrupulous operators. At the moment, only about 30% of vehicle imports are through manufacturer authorized importers. The CMTA believes that the Government could considerably reduce foreign currency outflow, while also protecting Sri Lankan consumers and improving the standards of the automobile industry by introducing importer regulations.

The CMTA was founded 100 years ago in 1919 and is affiliated to the Ceylon Chamber of Commerce. It is the only association that has direct links to all international automobile brands represented in Sri Lanka, through their respective manufacturer authorized importers. It is the most senior automotive trade association in the region. The members of the CMTA collectively employ and develop thousands of Sri Lankan citizens while also bringing international best practices in engineering and management to the country, making a talent pool that is trained and employable internationally. CMTA members are all audited by the manufacturers they represent, and the vehicles they import come directly from the manufacturer with full warranty, so that the Sri Lankan public is assured of the quality of their vehicles and the credibility of the importer.